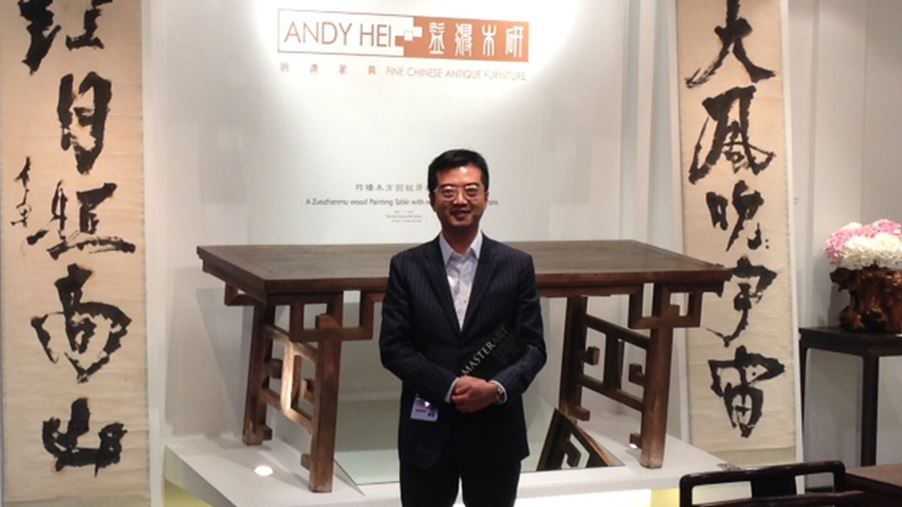 A sophisticated and appreciative audience of international dealers, collectors, connoisseurs and art lovers attended Fine Art Asia 2013,which was held from 4 to 7 October in the Hong Kong Convention and Exhibition Centre and hosted some 100 world-renowned galleries.

Fine Art Asia is unique in Asia, showcasing a wide range of categories of collectible fine art from both East and West. Founded and organized by Hong Kong art experts since 2006, the fair has gained worldwide recognition and next year will celebrate its 10th edition. Nowhere in Asia can such a high level of quality exhibits be seen under the same roof. Fine Art Asia 2013 showcased more than 6,500 stunning works of art, worth a total of over HK$2.5 billion. The fair was attended by 32,000 visitors from all over the world, an increase of 29% over last year. Total sales at the fair were a robust HK$450 million (US$58 million), up 10% from 2012.

As usual, Fine Art Asia 2013 was staged during the important art season in October in Hong Kong and coincided with several major fine art auctions in the same venue. The fair attracted an unparalleled audience of major dealers, collectors, curators, connoisseurs and art enthusiasts from throughout Asia as well as from all over the world.

The expanded range of collecting categories at Fine Art Asia 2013 reflects the growing appreciation of Western fine art, as well as Chinese art, among Asian collectors and the strength of the Asian market. Several dealers reported that visitors to the fair were especially interested in pieces of the highest quality and rarity.

Some highly positive sales results across the fair also confirmed this. On the opening night, Bowman Sculpture, London sold Eternal Spring by Auguste Rodin, an iconic work in the history of European sculpture, for HK$5,000,000. During the fair the gallery also sold a rare and important sculpture, Le Chinois by Jean-Baptiste Carpeaux, again for HK$5,000,000.

Galerie Ary Jan, Paris, made a promising start in its first participation in Fine Art Asia, presenting French and European paintings from the late 19th and early 20th century. Galerie L’Angélus, also from France, returning with an exhibition of the Barbizon School for the second year at the fair, again received a warm reception, selling a total of 12 paintings by major artists including Jules Dupré, Léon Richet, Louis Aimé Japy and Alfred Stevens.

Over in the jewellery section, Symbolic & Chase, London showing top designers including Cartier, Boucheron and Van Cleef & Arpels reported a successful fair; while there was continuous interest at Siegelson, New York, exhibiting antique estate jewellery pieces and objets d’art made by the most renowned designers such as Cartier and Paul Flato for royalty and Hollywood stars.

Fabio Rossi, Director of Rossi & Rossi, London, which specializes in Himalayan bronzes and works of art and has participated in the fair since its inception, said, “Fine Art Asia is going from strength to strength in the quality and range of exhibitors and in the presentation of the fair itself. We have been part of it from the very beginning and are delighted to have seen it develop in the most important event of its type in Asia. Every year we meet new clients who become regular visitors to the gallery. We already look forward to next year!”

“We are proud once again to present 100 leading international galleries from all over the world, showcasing an amazing array of collecting categories. Hong Kong is now a world player in in the buying and selling of fine art and antiques. This year’s fair caters to the rapidly expanding number of knowledgeable and appreciative collectors in Asia, including many young, overseas-educated professionals who have a keen interest in fine art.

Amongst the visitors this year, I am pleased to see many new faces from all over Asia. As well as old friends from Mainland China, we have met many new clients from Southeast Asia, reflecting the strong and wide-ranging potential of collecting groups in the emerging Asian region.

In addition, collectors are beginning to learn and appreciate works of art from new categories. For example, some fans of contemporary art are now developing an interest in antiques and decorative art as a result of Fine Art Asia 2013. I believe this is a remarkable achievement.”

“I am very happy with the exceptionally high standard of Fine Art Asia 2013. Prestigious exhibitors and sophisticated collectors and art enthusiasts came together from throughout Asia as well as from all over the world, making this a leading international event in Hong Kong.

Fine Art Asia 2014 will be the 10th edition of Fine Art Asia. This milestone 10th anniversary will mark the completion of the first decade in which an indigenous Hong Kong art fair has developed into an important event in the global art calendar.
The fair showcases a range of collectible fine art, perfectly combining antiquity and modernity, East and West. It provides a broad and diverse international platform for galleries, artists and collectors, which will further consolidate Fine Art Asia as the leading international fair in Asia.”

About the Fair Organizer

Art & Antique International Fair Ltd (AAIF) was founded in 2006 by well-known antique Chinese furniture dealer Andy Hei to provide a vibrant new platform in Hong Kong for the art world in Asia and worldwide. The company is the pioneer of art fairs in Hong Kong: its inaugural fair in 2006 was the first international art fair in Hong Kong in more than a decade.

Fine Art Asia 2013 was the 9th edition of the fair which has now become a key annual fixture in the international art calendar.