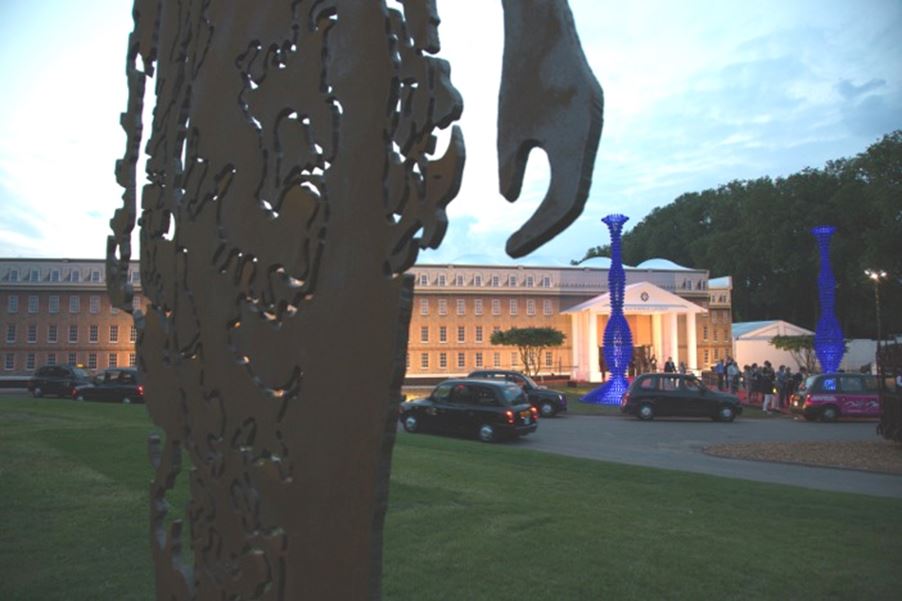 Now in its fifth year, Masterpiece London returns as the main event at the heart of London’s summer art season – taking place once again on the South Grounds of the Royal Hospital Chelsea from 26 June – 2 July (with a Preview on 25 June). This year, the fair has been joined by principal sponsor RBC Wealth Management and will offer for sale museum-quality art, antiques, jewellery and design from over 150 carefully selected and highly respected galleries worldwide, confirming Masterpiece London’s status as a truly international event.

Offering over 3000 years’ worth of art history from antiquity to contemporary Masterpiece London provides something of interest for every visitor, presenting a unique opportunity to collect across multiple categories and eras. Each item at the fair is individually vetted by 26 committees of independent experts and specialists before the event opens, giving buyers every confidence in the works being offered.

Nazy Vassegh, CEO of Masterpiece London “As we celebrate our 5th anniversary, I am delighted to present the strongest Masterpiece to date with international exhibitors presenting world class art, antiques, jewellery and design. I would like to thank RBC Wealth Management for their generous support of the Fair”.

New for 2014, Masterpiece London, in association with Thomas Dane Gallery (London),presents: Phillip King an exhibition of significant large-scale outdoor sculpture in the magnificent South Grounds of the Royals Hospital Chelsea and Ranelagh Gardens, SW3 4SR. Premiering at the fair, the exhibition will remain on view throughout the summer until 25 August and will be one of the ways Phillip King will commemorate his 80th birthday this year. A number of King’s sculptural forms and modes will be offered for sale during the exhibition, and will range from his earlier works produced in the 1960s to present day. Highlights include one of King’s most iconic sculptures ‘Genghis Khan’, 1963/2014, as well as previously unseen pieces such as the 8m high ‘High Sky and Bling’, 2013 and colourful ‘ Ring Reel’, 2013.

Other contemporary works of particular note include ‘The Masterpiece’ commissioned by Blain|Southern (London, Berlin, New York) from acclaimed British artists Tim Noble and Sue Webster. Made specifically for Masterpiece London 2014, it will be unveiled on 24 June at the fair. Another artist duo sure to make an impact at the fair are Rob and Nick Carter. Exhibited by the Fine Art Society (London), they are renowned for using digital technology to push boundaries and make still life photography come alive.

These returning exhibitors reaffirm Masterpiece London’s position as an essential selling platform in London for leading galleries from around the world. Based in the heart of London, the event continues to have a large proportion of international exhibitors, but a marked development for 2014 is the increase in fine and contemporary art.

Sponsored by Savills, Masterpiece London has an engaging Educational Programme of exhibitor talks and tours with Sotheby’s Institute of Art, providing many opportunities for visitors to return over the course of the eight days to discover more about the works of art on sale. Of special note, the fair’s Patron Programme Partner Jaeger-LeCoultre will offer visitors a unique opportunity to participate in Watchmaking or Enamelling MasterClasses and understand the workings of their exceptional Swiss timepieces and in-house arts (To book:

On the evening of Monday 30 June Masterpiece London will support Marie Curie Cancer Care with the Masterpiece Marie Curie Party, which raises funds to provide nursing care for people with all terminal illness in their own homes. In association with Jaeger-LeCoultre, the evening will behosted by Heather Kerzner.

Of the two Salon spaces at the Masterpiece one will be hosted by Ruinart, the fair’s exclusive Champagne partner. While visiting the event, guests can enjoy a glass of Ruinart (either R de Ruinart, Ruinart Rose or Ruinart Blanc de Blancs NV, or vintage Dom Ruinart 2004 and Dom Ruinart Rose 2002) at one of the entertainment venues or buy tickets on the Masterpiece website for their 90 minute Ruinart Champagne Tastings, which will be held on Sunday 29 June.

The other Salon space will be hosted by Ochre, a company which specialises in unique furniture, lighting and accessories for the interior. Their designs place equal importance on harmonious proportions, luxurious materials and matchless craftsmanship. A curated sampling of their collection will be shown in this space.

The superlative aesthetic experience will be enhanced by celebrated dining opportunities provided by Urban Caprice including Le Caprice, Scott’s Seafood & Champagne Bar, The Ivy Bar and The Mount Street Deli.