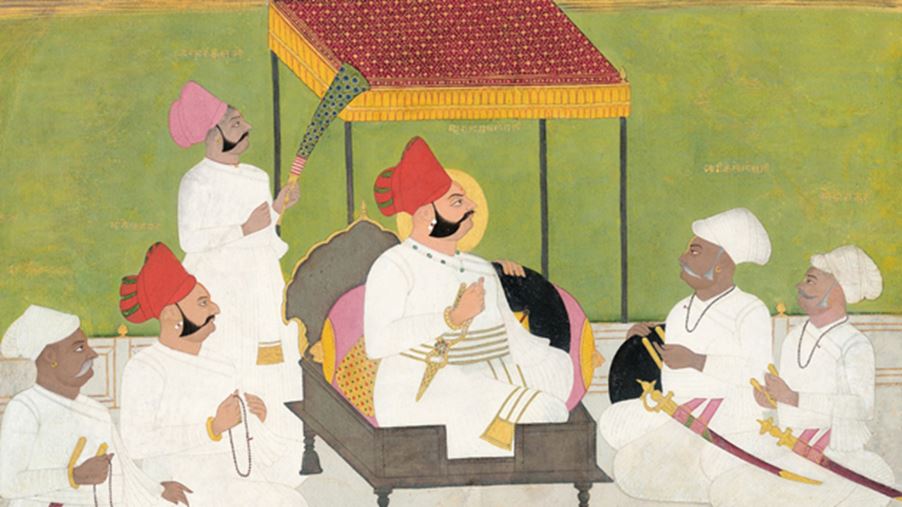 Seventeen years after its inception, Asian Art in London retains its unique position of being the only Art Event in the World to incorporate an entire City’s art community.

London is home to three of the world’s top ten museums, over 800 art galleries, four Unesco world heritage sites and a multi-lingual population. This makes London the ideal backdrop for the Asian Art in London Event, providing a venue for world-leading specialists to present the finest works, to view and buy!

The launch of Asian Art in London 2014, is on Thursday 30th October at the British Museum, where guests have a complimentary view of the current exhibition; Ming - 50 Years that Changed China. Tickets £60.

The ticket to the Gala Party also includes a chance to win a trip for two to Bali, courtesy of St Regis luxury hotel Group. The winner will be announced during the party.

With literally thousands of people flying in from around the world to attend the private selling exhibitions, auction house sales, lectures and symposia, during the ten-day Event, London becomes the centre of all things related to the Arts of Asia. From antiquities to living masters, Asian Art in London provides a visual feast, spanning more than six thousand years.

Of the sixty participants taking part this year, a thought-provoking collection of Gandharan sculpture, from the 2nd/3rd century, is to be seen at Simon Ray Ltd.

Dr Ernst Lomnitz who fled Nazi Germany, found refuge and solace in the art of India and the beauty of its sculpture. The rich patination on the bases of the sculpture, was allegedly caused by the servant’s practice of using shoe polish when cleaning and by rooms continually infused with cigar smoke.

Continuing with the exotic from India, is a collection of work by artist Abdur Rahman Chugtai on show at the Grosvenor Gallery. A celebrity in his day (1930’s1940’), Chugtai developed a cult following, with the Queen and an American President amongst those who collected his work. Prices at the exhibition range from £3,000-7,000 although past works by Chugtai have been known to sell for over £40,000.

Francesca Galloway shows Indian treasures amongst which is a jewelencrusted royal cap, made in Bombay by Ezra & Sion, in the early 1900’s. In the Mughal style, this green velvet hat, covered with gold thread, pearls, rubies and emeralds, is silk lined and enchantingly labelled, “Perfect ventilation - latest Combination”!

Still on the same continent but dating from a slightly earlier time, 16th to 19th century, are exquisite Indian miniatures on view at Sam Fogg. These detailed paintings often painted with a single-hair brush, are both a cultural reference to courtly life and religious beliefs.

London has many of the world’s renowned dealers in Chinese art, who participate In Asian Art in London, amongst whom are fourth generation Marchant & Son, whose exhibition this year, Blanc de Chine, took over ten years to assemble and numbers over 100 pieces.

Blanc de Chine, which came from Fujian province in Southern China, was aptly named by the French writers of the time and avidly collected by Europeans who loved its simplicity. Used in China to depict such religious deities as Guanyin (Goddess of Mercy), white is the colour associated with mourning in the Far East.

In contrast is Bonhams’ “Pond” Bowl, depicting lotus blossom and leaves in rich reds and greens. This Ming piece, has an estimate of £400,000- 600,000. The highest price achieved at auction is £9million but for those wishing to enter the current Chinese porcelain market, £5,000 is a more realistic starting point. General entry to collecting Asian art can start from as little as £500, whilst museums and most lectures, for those more interested in looking to learn, are free.

Also with a long-standing family connection to London’s finest Asian art is the A&J Speelman Gallery. The Speelman family first opened a gallery in the West End in the 1900’s. This third generation firm, has an exhibition including a gilded “Yamantaka”, or ferocious god suppressing evil, in dramatic gesture.

Eskenazi Ltd, known for the finest Chinese antique art, c.500-1500 will this year also host a show of Chinese contemporary art by the world famous Li Huayi, whose work follows the ancient tradition of ink painting, depicting such auspicious symbols as waterfalls, rocks and bamboo.

To experience the opulence of the Chinese Export market, you need look no further than Jacqueline Simcox’s exhibition, which includes a rare coverlet, embroidered with multi-coloured silks, showing Mermaids and fantasy sea creatures. Produced in China In the early 18th century, for export to Europe, it retains its original colours.

The combination of libation and literature, can be found at Vanderven Oriental Art, where a pair of blue & white libation, stem cups, are on view. Used by the Chinese nobility on special occasions, they form part of their exhibition at Shapero Rare Books. There will be a book signing (3rd November 17.00-21.00), with the renowned Rijksmuseum curator, Jan Van Campen, of his recent publication, “Chinese & Japanese Porcelain for the Dutch Golden Age”, available at £35.

The famous potteries of Jingdezhen in China provided works, many of which are now housed in famous museums and collections. The potteries are still in use and examples will be on show at Sladmore Contemporary, who will hold an exhibition by artist Roger Law, of Spitting Image fame.

For tiny treasures, exceptional lacquer and generally exquisite curios, the Japanese craft of Netsuke is an unparalleled art form and can be found at Max Rutherston Ltd.

Netsuke were the toggles, adopted by the Japanese c.1600, due to their love of carrying useful things from the belts of their kimonos. Mainly for use by men, Netsuke were used by all classes of Japanese society.

Joost van Den Bergh, with “Tantric Drawings”, One East Asia, “Breaking & Reconstructing the circle”, are only a sample of the diversity of contemporary art on view.

In a City that provides such important works and expertise, there are also vital ancillary services such as restorers, shippers, insurance & currency brokers, together with leading hotel groups such as the St Regis group and the Mandarin Oriental. Asian Art in London is pleased to be associated with all of them.

Asian Art in London 2014 confirms that London remains the place to do business in the arts of Asia.