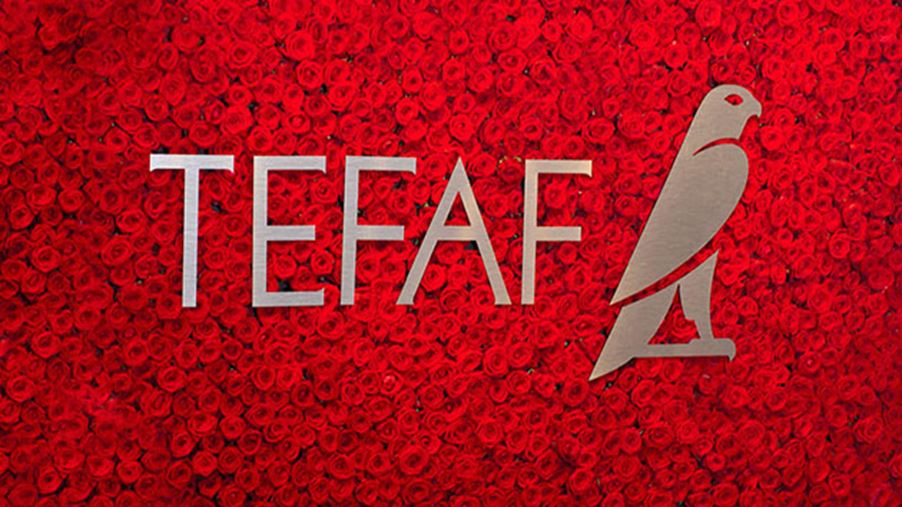 TEFAF Maastricht to launch two new annual art fairs in New York at Park Avenue Armory in Fall of 2016 and Spring of 2017.

New York NY – TEFAF | Maastricht, the world's foremost fair of art, antiques and design presented annually in Maastricht, Netherlands, today announced that, through a joint venture with New York based Artvest, it will be launching two TEFAF art fairs that will be presented annually in New York at the Park Avenue Armory.  Building on TEFAF Maastricht’s 30 years of success and experience in bringing together the best objects for sale from 7,000 years of art history by expert dealers from around the globe and an unsurpassed reputation for vetting, these two TEFAF fairs will allow the leading art dealers of the world and collectors to meet under one roof in a prominent location in New York at the time that is most relevant to them. The first fair,TEFAF | New York | Fall, will premiere in October 2016 (22-27 October 2016, opening night on Friday 21 October) and focus on art from antiquity to the 20th Century. The second fair,TEFAF | New York | Spring, will premiere in May 2017 (4-9 May 2017, opening night on 3 May) with an emphasis on modern and contemporary art and design.

The TEFAF fairs will provide an unprecedented showcase in New York for leading art dealers from around the world. Their exhibitions will flow throughout the Armory’s landmark building encompassing the Wade Thompson Drill Hall and extending to both the ground and first floors of the Armory’s period rooms, creating two fairs of unprecedented depth and impact in New York City. Together the fairs will be able to support around 170 dealer presentations. Participating dealers in TEFAF fairs are welcomed only after a rigorous application and approval process. The selection criteria will be published when the application procedure opens at the end of this month (February) for the first TEFAF | New York | Fall fair taking place in October 2016, and in June for the first TEFAF | New York | Spring fair taking place in May 2017. It is anticipated that each fair will include approximately 80 to 90 dealers from around the world.

"TEFAF represents the highest level of quality and connoisseurship, which are values we share with the dealers and collectors who participate in our shows," noted Willem van Roijen, Chairman of TEFAF.  "Our fair has also established itself as the leading showcase for introducing fresh works to the marketplace and is further distinguished by its rigorous vetting process for both participating galleries and works of art. These same core principles are the foundation of the fairs that we are conceiving for New York and the U.S."
“On numerous occasions our exhibitors in Maastricht have expressed the need and desire for a TEFAF platform in the US, as have many private and institutional collectors,” said Patrick van Maris van Dijk, CEO of TEFAF. “Among the different possibilities TEFAF has explored over the past couple of years, this partnership with Artvest in the Park Avenue Armory New York really stood out. It is a typical combination of ideal time, ideal place, ideal people. They share our values of excellence and expertise and respect the time and facilities we need for our far-reaching vetting and exceptional stand build. Because of this we were able to move quickly. It has been less than a year since we first discussed this opportunity. It presented the unique possibility to be present not just once but twice every year at the very best location in the city. As the world’s most buoyant art market, New York is a perfect match. The city’s dynamism and its cultural and economic power provide the best possible circumstances for a TEFAF fair outside of Maastricht. It also provides a perfect window to TEFAF Maastricht for those in the United States who are not yet acquainted with TEFAF.”

TEFAF (The European Fine Art Foundation) is a non-profit organization led by a committee of leading dealers from around the world. In addition to organizing its fairs the foundation commissions and annually publishes the much anticipated TEFAF Art Market Report. It also maintains a philanthropic program for the preservation and conservation of cultural heritage. Every year, the Executive Committee of The European Fine Art Foundation invites museums that have attended TEFAF Maastricht in that year to apply for a grant from the TEFAF Museum Restoration Fund to support the conservation of objects that are in those museums’ collections. Through the Cultural Emergency Response Program (CER) from the Prince Claus Fund it provides first aid to cultural heritage damaged by man-made disasters or natural disasters. In addition, over the past two years some 20 American museums have received support from The European Fine Art Foundation for a variety of projects.

The TEFAF fairs’ Opening Nights in New York will benefit the acclaimed cultural programs produced by Park Avenue Armory, a not-for-profit arts organization, and TEFAF’s restoration projects and other philanthropic activities in America and around the world.

The annual fair TEFAF mounts in Maastricht each March currently attracts more than 270 dealers from 20 countries and draws 75,000 visitors, including representatives from more than 200 museums around the world. TEFAF is distinguished by its unparalleled vetting system which engages approximately 175 experts in 29 different categories, who examine every work of art in the fair for quality, authenticity, and condition, ensuring collectors can acquire works with the greatest possible confidence.

In exploring possibilities for expansion, TEFAF reached out to Artvest Partners in New York early in 2015. It was during the subsequent conversations that the opportunity for two annual TEFAF art fairs in New York in the Park Avenue Armory crystallized. Michael Plummer and Jeff Rabin of Artvest have very valuable insights and an understanding of the American art market and related events and activities in New York. Artvest has been working closely with the TEFAF leadership to bring TEFAF's unparalleled resources and expertise to create, for the first time, international fairs of the highest stature in the U.S.

Tom Postma Design, celebrated for its innovative work with leading museums, galleries, and art fairs, will be developing designs for the fairs that interplay with the spectacular spaces and, for the first time, create a fair that draws upon and unifies the Drill Hall and period rooms on the ground and first floors of the Armory.
"The TEFAF fairs will fulfil what we and many others feel is an unprecedented opportunity in the American art market given New York’s stature as the global capital of the art world. These two fairs will add a dimension to the art world in New York that has been much anticipated by dealers, museum curators and collectors alike." noted Michael Plummer, Principal of Artvest. "They will have an incredible impact on the city and the art world, across the country and beyond."
"Park Avenue Armory shares much in common with TEFAF-Maastricht including an aspiration for only the very best, a passion for preservation and restoration, and a deep appreciation for contemporary art. We are so pleased that TEFAF through its opening benefits will support the world-class unconventional artistic productions at the Armory," stated Rebecca Robertson, President and Executive Producer of Park Avenue Armory.’

The TEFAF art fairs will be held using the existing dates of Spring Masters by Artvest and of The International Show which was recently acquired by TEFAF in cooperation with Artvest. These acquisitions provide a foundation of relationships with US-based collectors and experience with New York-based fairs that will facilitate the rapid development of the new TEFAF fairs.  The 2016 edition of Spring Masters in May will take place as planned under its original name and structure.